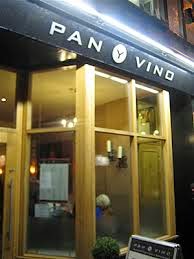 I’ve never really been one for tapas, having long since written it off as a miscellany of child-sized helpings foisted, en mass, on an invariably ill-sized table. It's not so much a meal as a collection of different things. It lacks order. It lacks cohesion. The very notion, in fact, fractures the linear narrative of starter-main-dessert (or, pour le glutton, starter-main-dessert-cheese-dessert wine-digestif-brew-petit fours &c). Any road, having heard relatively pleasant things about Pan Y Vino – and noted its heaving interior when ambling in the vicinity - I’d been meaning to give it a go.

Now, it's probably fair to say that any rough old joint could likely make a mint just by landing in Stockton Heath. It’s that type of place – trendy, bustling, salubrious – a bit of a contrast to some of its quieter and, dare I say it, slightly less refined neighbours.

First impressions of Pan Y Vino weren't exactly brilliant. Having booked for 8:15, we presented ourselves at the agreed time, more than ready to be spirited to a table. Rather, we were directed by a truculent waitress to a minuscule bar area (minus the chairs). ‘I’ll get someone to show you to your table’, she pledged, immediately prior to forgetting about us entirely. And so we waited, book-ended by other customers in the same predicament, and periodically jostled by flustered staff reaching across the bar to the till. It all felt rather disorganised. 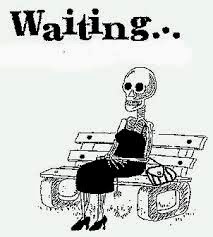 Granted, no-one else seemed particularly affronted at this abandonment; two perma-tanned ladies even crowed that ‘We don’t mind a bit of a wait, Fernando, love.’ Some of us, though – those who’d had barely a bite since lunchtime and who could, accordingly, have eaten a horse and chased the jockey – were starting to feel uneasy. One minute dissolved into twenty and, whilst in Fernando’s eye-line, I harrumphed loudly and made a big, theatrical gesture of glancing to my imaginary watch (peeling back a shirt sleeve and everything). A light came on in Fernando’s brain. This guy looks like a surly pain in the arse, he probably reasoned (correctly, at that). Best get him to his table. And so we were led upstairs without further delay.

Following a grinding start, orders were taken with a surprising swiftness and the speedy arrival of a light-bodied Merlot served to quiet my torpor. Now, Pan Y Vino’s menu recommends ordering three tapas each if hungry, four if ravenous. Rather modestly, we opted for seven in total, in addition to bread and a ‘Mojo Rojo’ ‘fiery’ dip (which, contrary to its hyperbolic description, wasn’t particularly piquant). A platter of Serrano ham and Manchego cheese was the first to arrive. It was both generous and pleasing. But, having recently experienced the incomparable wonders of Dalmatian ham – in all its salty, jaw-achingly chewy glory – the Serrano couldn’t really hold a torch. The bread was, disappointingly, a bit ‘french sticky’; something you'd expect to have thrust upon you at Chez Jules (God help you).

A few minutes prior to the advent of the remaining dishes, I was notified that the venison chorizo – something I’d never previously sampled and was anticipating with vigour – was available no longer. As such, I was obliged to select a lesser alternative, at speed, with the waiter hovering. The substituted item turned out to be a beef dish that rather resembled pastrami. Again, it was nice, but not earth-shattering.

Of the remaining dishes, the highlight, by a country mile, was the rice-based black pudding with slivers of apple and a vivid, orange sauce. It was unutterably sublime. I could have had seven helpings of it and still have been as happy as a clam. It wasn't far off one of the finest black puddings of which I've partaken in recent times. Other dishes fared less well. A purported chicken croquette teemed with potato-like mush. Pan fried chorizo was good, but you can't really go wrong with that. A king prawn offering with chillies failed to leave much of an impression.


In hindsight, seven dishes probably wasn't sufficient to satiate a raging appetite. Orders were placed for dessert and, somewhat inevitably, another hefty wait kicked in. Some twenty-five minutes later a slab of dark chocolate torte was set down before me. It was very good, flavoursome but not too rich (as confection wrought of plain chocolate is wont to be). It had finesse about it, and proved one of the evening's highlights.


Before we were allowed to leave the premises, we were made to wait a further 25 minutes for the bill (two discrete requests having been issued for it some ten minutes apart). The tab, when it did arrive, amounted to £65 for the seven tapas, Merlot, bread and dip. In my hurry to flee, I inadvertently left a five pound tip. Not because I was impressed with the service - far from it, it was woeful - but I simply could not be arsed with another interminable wait for the change to be tendered.


When we eventually emerged beneath a blackening sky it was knocking 11pm; a large proportion of the intervening hours having been spent waiting for one thing or another. On the whole, the food was pretty decent, a few niggles notwithstanding. Would it convert me to a tapas lover? Probably not. Would I go there again? Possibly. Having said that, the evening was indisputably marred by all the unnecessary bloody waiting and hanging about.

The service at Pan Y Vino needs a severe boot up the backside. That said, the place possesses an army of loyal devotees in Stockton Heath that were flooding in throughout our meal. And that popularity alone gives it little reason to address what is, in all honesty, a serious shortcoming.