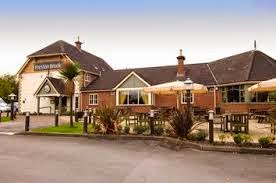 I'm arrived back from a week in Split, a Dalmatian city on the Adriatic coast whose snaking, Venetian streets radiate from the palace of the third-century Roman emperor who retired there. Upon arrival, I did the usual holiday things - donned skimpy attire I'd not usually be seen dead in; applied the SPFs with such fervour as to smell like an abused coconut; and regarded the tidal wave of pan-European youth in town for the Ultra 2014 dance music festival, with something approaching peeved opprobrium (their spry appearance and demeanor contrasting wildly with my increasingly aged and curmudgeonly outlook).

As is always the case with city-break style holidays, there was an untold plethora of places to eat. So many, in fact, that neither measure nor limit could be set upon them. That last statement may be a bit of an exaggeration, but you get the idea.

Comparing Split's panoply of restaurants to the dwindling numbers in my own, quasi-rural Cheshire back yard - well, that's like night and day. In most British towns, the advent of a new eatery - and a chain one at that - would probably cause little more than a ripple of interest. But in Runcorn, an outsized, Soviet-style overspill that could probably have been designed by Stalin himself, this is a big occasion.

There is a dearth of dining in Runcorn. It is, by and large, gastronomically moribund (save for a decent Italian and a perfectly serviceable curry house). Into this starved hinterland marches the Beefeater. Located in Preston Brook - the village in which the canal meets the Guinness factory meets the motorway - the eponymous pub-diner is, in fact, bolted onto the Premier Inn (and supplants the previous incarnation: the second-rate Table Table).

We booked ahead prior to our introductory visit, and were glad to have done so. The place was chocker. The hoards had obviously heard about this new venture and were descending in vast numbers. The staff had to turn people away. Those of us with reservations, though, wafted through the melee and, oblivious to the apparent chaos about us, were seated and soon after sated by virtue of the arrival of a lustrous Pinot Grigio so dry it was near wizened.

Now, I really must stop ordering pate as a starter. It’s becoming a recurring theme on here, and one that’s liable to induce chicken liver-based deju vu (not to mention tedium) in any readership (if indeed there is one). That said - this incarnation was pretty decent. It had the usual blandishments – a small jar of chutney on the side, a clutch of perfectly-symmetrical sour dough toasts. That’s pretty much all I can say.

The staff were flogging knock-down rib-eye steaks for £11.99 as a manager’s special and, though I longed for something a bit more adventurous, I couldn’t pass up on reduced rib-eye. To have done so would have been wrong on so many levels. I may have mentioned previously that I like my steaks still alive and mooing. And, given the inability of a lot of venues to correctly cook a steak to order, I always ask for mine rare. What I invariably receive is a slab that’s more medium than bloody – not unpleasant, you understand, just not what I wanted.

Well, this rib-eye was as rare as hen’s teeth. As I dissected it, a bloody ooze encircled, moat-like, my chips and salad – the tide fusing with my béarnaise sauce to form a kaleidoscope of bleeding beige. My appreciation of this feat was relayed to the kitchen, at which point our waitress advised that the Beefeater’s steak-hands had, prior to its opening, been forced to attend a two-week beef boot camp (as incredible as that sounds, and I’m still not convinced she wasn’t having us on) in which they learnt to master, Jedi-like, the rendering of the perfect steak. Whatever next, ay?

I was moved to ecstasy by all this, and saw fit, in my reverie, to order a dessert that I didn’t really want and couldn’t really manage (two of a possible four trouser buttons were already undone by the time I made my selection of Eton Mess). What arrived was adequate, but had a rather bought-in feel about it. I may be wrong on that score, but my senses were, by this stage, dulled by a vast intake of Pinot.

The bill amounted to around £70, which wasn't bad considering two prime steaks were involved. By the time we left the throngs were still pouring in, crowding the exit in their eagerness to see what the fuss was about. The advent of a Beefeater is is a big deal for Runcorn. Long may it beef continued.