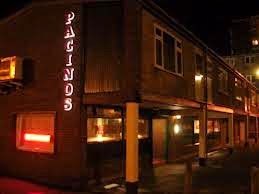 Rowing during an evening meal is just about one of the worst things you can do. That’s rowing in the sense of arguing, not the act undertaken in a small boat. Fomenting tension has a nifty ability to suddenly and unexpectedly surface (usually when drink is involved), giving rise to recriminations that are hissed between gritted teeth, so as not to attract the attention of staff or other diners (though you can be sure of achieving the opposite effect). In such a restrained environment, you can’t fully give yourself over to anger. Decorum has to be maintained, however tenuous or brittle. 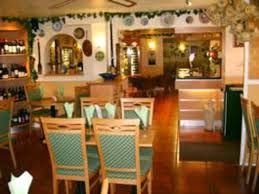 There’s also something elementally voyeuristic about watching people argue in such circumstances. You find yourself tuning in to the dialogue – the accusations, the lamentation - with mild titillation, followed, at length, by an in-depth dissection of what was overheard, with blame apportioned appropriately.

And so it was recently; a mid-week chow with my old dear spontaneously subsiding into mutual bickering, hectoring and acrimony. Other people noticed. A man on the next table kept making eye contact with me, in a vaguely disapproving way. The proprietress – a lovely, vivacious lady called Debbie – almost certainly picked up on the frosty ambiance at our station. It was a real shame. We seldom row. And never over dinner. It had obviously just been building awhile. Things came to a head. It happens.

I like Pacino’s. I always have done. It’s venerable, tucked away in the most appallingly incongruous place, amidst the Soviet tower blocks of Newtown – eye-watering monoliths that defile an otherwise blemish-free skyline. Even the recent licks of paint – from battleship grey to off-pink (a colour scheme that echoes the equally offensive Salmon Leap) – can’t abate the hideousness. You kind of feel you’re in a war zone, and it certainly isn’t somewhere you’d ever expect to find yourself of an evening.


But Pacino’s stands as an oasis in the concrete desert. It’s a Chester institution, and you almost long for its continued success. That said, it’s survived several recessions and is still as popular as it’s ever been. If it ever threatened to close there’d be uproar. Hands would be wrung and tears shed. Even on a weekday evening it was busy. This is a place with a fiercely loyal, local following and, come the weekend, it’s reservations only.

Things kicked off – in every sense – with a goat’s cheese bruschetta. You’d think this might be perfectly unremarkable, but not so. The salty goat’s cheese was perfectly cooked, the bread crisp without being overly dry, and the beetroot relish pleasing. It was a fair size, too.


Now, I always have fish at Pacino’s. It’s something they tend to do very well – monkfish, red snapper, halibut. The fish of the day was, on this occasion, filleted sea-bass. The word ‘filleted’ always fills me with relief, as I have very little clue as to how to negotiate a Piscean skellington without inadvertently regurgitating, hairball-like, a mouthful of jagged bones.


The fillet was actually plural – it was colossal for a fish dish – and the roasted red pepper accompaniment leant it a slightly crunchy sweetness which complemented the meaty fish to a tee. Accompanying handmade chips were, as ever, exemplary. My old dear extolled her duck in cherry sauce, as comprised great hunks of meat cooked pleasingly rare. They’re never stingy with the portions at Pacino’s. You know what you’re getting, and you get a good feed.

A dessert was foregone in light of the glacial atmosphere localised to our corner table, which culminated in a sudden and unexpected loss of appetite on my part. But several further glasses of wine were imbibed in the midst of the querulousness, and the bill, when it arrived, totalled a nice, round £50 for a starter, two main courses and several large vinos. Having made use of a 10% off voucher from Onionring (always worth looking out for), a fair few quid was shorn from the total.

So, despite a proportion of the evening having been spent embroiled in anguish – tempers were frayed, arms were folded, sighs theatrically issued, bottom lips trembled, eyes drunkenly brimmed – we kissed and made up. Life is just too short - especially when you’re trying to shovel a decent bit of fish down your neck.