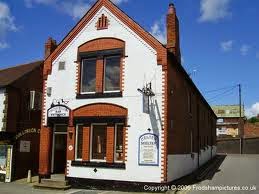 Apparently it's a real effort to fill an upstairs restaurant. For starters, folk can't have a shufty or a nose when they're ambling past on other affairs. Out of sight, out of mind. No such bother at this joint. Helter Skelter (formerly Oswald's) is Frodsham's self-proclaimed 'gem of a first floor restaurant', a loftily-positioned stalwart that proves location need not be an impediment to success. This is one severely popular place, operated by the same lot in charge of the busy boozer beneath, whose denizens you weave through en route to the upstairs eatery. 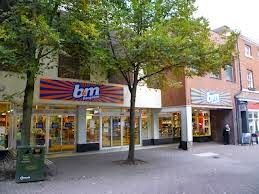 The restaurant's decor lends a new definition to the term 'hotch-potch'. Mismatched would be an understatement. Can't-make-its-mind-up might be another. And, as you settle yourself beneath the manifold wall art straight off the shelves of B&M Bargains, you do kind of wonder what they were thinking. Not that there is anything wrong with the wares of B&M Bargains. I'm often down there amassing armfuls of ridiculously cheap pasta sauce. And the stuff they have for the garden is ace. Rakes, spades, hoes, trellises - all at a fraction of the cost of the better-known outlets.

They are, in fact, moving into Chester Forum, set to occupy the long-vacated TJ Hughes unit. Should breathe a bit of life into that dilapidated quarter whose endless empty shops are rather redolent of a mouth missing most of its teeth.

We landed at Helter Skelter one Thursday evening, wrung out from the rigours of a riotously stressful week. It was alarmingly heaving for a week night; full of business-types partaking of solitary sustenance with noggins buried in books and in phones. We eschewed the steak-and-wine offers and plumped for the A la carte, which changes fairly frequently but always incorporates dependable staples of the ilk of pork belly, rump of lamb and fillet of seabass. Now, I've had a few scrans at this establishment over the last couple of years. The fayre has generally been of a decent standard, and the value spot on. A three course meal for two replete with zesty Sauvignon sets you back around £65. Can't really argue, generally speaking. But, wallet-pleasing prices aside, there was something generally lacking on this visit in terms of food quality.

A starter of Bury black pudding proved one of the most uninspiring, tasteless offerings I've had in a fair while. The menu effusively detailed its accompanying blandishments - crispy potato cake, rich Stilton sauce - but it was thoroughly bland. Quite how they managed to wring every ounce of flavour from that Bury delicacy blows the mind. Accompanying potato cake constituted a rather soggy mush entirely inundated by a moat of sauce that seemingly lacked its eponymous component. Moreover, the colour of the dish - a rather swarthy hue - did little to enhance its appeal.

Still, you can't go wrong with a main course of pork belly. Pork's the new beef. It's enjoyed a singular resurgence of late. A porcine revival. Fair dues to the pig in its unswerving ability to produce innumerable pink and salty delights on which to feast the eyes and sate the hunger. What would we do without it? But this pork belly was a tad under par. It was burnt a touch. Not carbonised, but a bit blacker in places than it ought to have been. The lumpy sauce which engulfed it - purportedly sage and chorizo - tasted of neither.

In fact, there was something of the school dinner about the whole. You could be forgiven for thinking that each constituent element - pork, fat chips, green beans, carrots - had been splattered onto the plate by means of a ladle, as dispensed by a beefy sourpuss in a hairnet. The only saving grace was the £13 price tag but, for the sake of being stung for an extra couple of quid, I'd rather have had something decent. To stave off further disappointment, I didn't bother with a dessert.

You can't help but think that Helter Skelter seems to be resting on its laurels. And, in a way, I can almost understand that. There isn't a great deal of competition, locally, for the position of pre-eminent small-town bistro (save perhaps for the more formal Old Hall on the high street). And, as such, Helter Skelter has something of a monopoly. It exists in a microcosmic part of the world that's criminally starved of mid- to high-end eateries. But there's no denying the place has a rapt audience. It's always abuzz. People like it. They know what to expect. It won't be changing anything soon, that's for sure. In the past, though, its offering has been pretty reliable. It's just a shame that, on this occasion, it fell so short of its former standards. I'd probably give it another shot. One day. But that day may be a long time coming.