WARRINGTON, THE TUNNEL TOP - Light at the End of the Tunnel 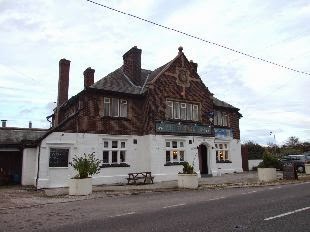 Mercifully, the Tunnel Top has, of late, changed hands. I say mercifully due to the previous tenants seemingly having done their utmost to run the place into the ground – refusing to uplift the sad, dated decor, not to mention being awarded the monumental accolade of a hygiene rating of 0 out 5 from the Scores on the Doors food hygiene agency – the lowest in the entire area.

Thankfully, the place has been given a complete overhaul by the incoming incumbents – the manky, rotting sign having been consigned to the bin, and the sticky carpet torn up and heaved into a skip. Now, it’s all about bare floors and the shabby chic. Internally, it looks great.


That said, the TT hasn't done itself many favours in terms of self-publicising – no up to date website, no online menu, an irregular Twitter feed; not even a menu board outside the pub. Get it sorted, please!


Our visit found the place dead, but that was hardly surprising given the A533 was closed that night. First things first, the prices - it's cheap. The TT has embraced its location. It isn't suffering an identity crisis. It doesn't think it's in Stockton Heath. It's fairly proximal to Runcorn, a geography it tacitly acknowledges. The most expensive main course would probably set you back around £14; far from excessive in this day and age.

My starter of pork belly with black pudding croquettes weighed in at £4.50. The pork was tender and plentiful, but I found the croquette a bit light on black pudding. I am partial to a bit of black pudding so was a bit crestfallen at its absence. Mrs V's chicken and chorizo dish was simple, but bountiful; uncomplicated, but with depth (though initially it proved difficult to behold due to the dense topiary of watercress surmounting it). The chicken was pleasingly moist and the cubes of chorizo generous.


The TT's eponymous burger proved quite colossal and, despite the patty being rather an odd shape, it was so large that the burger’s innards spilled out from the bun, as if disembowelled. Underpinned by a smoked rasher as thick as a shoe tongue, this was a burger of heft. (The bun, though, could’ve been fresher.) As interesting as ‘jenga chips’ sounded (comprising, I imagine, a stack in the shape of the titular board game), I went for the fries.

Mrs V’s lamb tower wasn’t nearly as majestic as its lofty name suggests, but it was a damn tasty hunk of braised meat that lost all structural integrity when nudged with a fork - precisely as something braised ought to do.


Dessert of a sliver of lemon tart was pleasant, but the accompanying raspberry sorbet was so unbelievably rock hard it could have shattered teeth and, if launched as a projectile, taken some bugger's eye out.  House wine is around £12 for a pretty good Pinot Grigio.


All in all, it was an enjoyable evening, let down just a touch by the lack of atmosphere. Let’s hope the Tunnel Top learns to blow its own horn a bit more so that it might attract a clientele a bit broader in terms of demography. It would certainly be nice to see the pub thriving after years of shameful neglect.