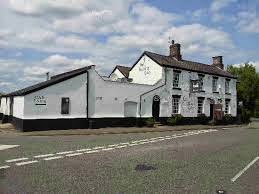 The New Moon Pub Company's implicit intent to season the Cheshire plains with higher-end gastropubs was a step closer to completion following its acquisition of long-time Weaverham hovel the Hanging Gate. Following its grand relaunch some 18 months since, the revamped Gate was dogged by problems - not least the  inexpert, neglectful service for which it started to get a bad rep. It was peaks and troughs with this place. You didn't always know what you were going to get. Some nights everything was bob on. Others little short of disastrous. It was all too much down to chance, and that ain't a good thing when you're anticipating a stress-free evening of gluttony. In terms of courting and retaining local custom, the Gate didn't exactly make life easy for itself. 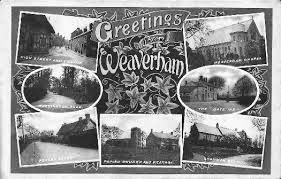 Thankfully, most of those difficulties have been eradicated. Gone are the ill-trained staff. Gone, too, the pea-sized waiting area into which diners were routinely shoehorned (and often forgotten about) prior to being summoned to table. (It's been expanded into a proper bar, far more inviting to non-dining folk who want to pop by and sling a jar down their necks.) And, following several retouches, the menu reads like a what's-what of Proper Northern grub. There are hearty, rustic stews, there are manifold dishes with gravy, there are black pudding-based accouterments. This bill of fare has an identity.

Now, I've heard it said that Cheshire Cheese is the most venerable in the country. I've also heard it claimed it's one of the more underrated. Call it heresy, but I find it hard to get excited over a wedge of Cheshire. It's a bit like chowing on a block of salt; leaves your North and South bone dry. Doesn't even have the texture of a cheese. It's something you'd do well to position atop a mousetrap to lure a dauntless rodent to its demise. So, it was against this biased backdrop that I ordered the Cheshire Cheese & Pickle Sandwich from the HG's starter menu (I really feel they ought to rename it 'buttie' in keeping with the nomenclature of the Norf, though in actual fact it is neither). What arrived was a triumvirate of deep-fried bonbons, perilously rolling around a wooden board as if vying for freedom. Each was separately seasoned, with attendant herb toast and some class of a homemade chutney.

I'm a bugger for a deep fried cheese. I can't deny it. Is there anything more decadent, more expedient at clogging the arteries? Cheshire or no Cheshire, I had to give it a whirl. The fact that each bonbon packed its own distinct punch (ranging from neutral to quite piquant) lent a novelty to the dish that I hadn't expected. And the sweet chutney served, thankfully, to offset the saltiness.

Main course arrived in the shape of the lofty-sounding 'Five Bar Gate'. Now, I don't know whether the Hanging Gate's proprietors have taken a trip down Chester way to Hickory's Smokehouse Grill (which peddles the most intimidating-looking, colossal burgers known to man), but the eponymous Gate was every inch the tower. Armed with beef brisket, onion rings, a chilli injection (see photo) as well as the ubiquitous Cheshire cheese, this was a man's burger.

It exuded testosterone. I feel sure it had biceps. In fact, I was a little afraid of it. And, as I gingerly attacked the meaty mountain with stainless steel implements (picking this thing up would've been asking for trouble), I could have sworn its torn bun became twisted in an evil snarl. This was something to be reckoned with. This could given anything in Hickory's armory a sound drubbing.

But here's the puzzler. The brawny burger was seated on a plank, and yet was accompanied by a miniature jug of gravy. I couldn't figure that. There are too many planks and slates out there these days. Bring back the plate. Let it have a renaissance, a rejuven-'plate'-ion. That aside, that gravy was right proper tasty. There's no point denying that. That was fact. So, at length, I was well relieved to have laid the Five Bar Gate to waste. Despite its bellicose appearance, this was as good a burger as I've had. The brisket was so deftly braised that I didn't even have to chew. It just slid down. And the the fat chips were as good as ever. Accompanying Pinot Noir so cheeky a bouquet that it was near begging for a clout round the chops.

As much as I've always secretly longed to don a hernia belt and frolic with something vaguely approaching abandon, I really couldn't manage a dessert on this occasion. I have had the Eccles Cake offering previously, and this is noted for its lashings of, yes, Cheshire Cheese. That pervasive dairy staple finds its way into everything in the Hanging Gate's oeuvre, sweet or savoury. And I can kind of understand why. Celebrating the local, right? That's what it's about in this day and age. Rightly so, to my mind.

I haven't yet been to any of the other ventures in the New Moon's catalogue, though the one in Kelsall looks mighty appealing, and the enticingly-named Beef and Pudding in Manchester sounds as though it's hitting the right notes.  I think I'll stick with the Hanging Gate for now, butch burgers, Cheshire Cheese and all.